Here’s a great podcast produced last year by the BBC. Listen for the familiar voice of Owen Stanwood, guest speaker at our 2020 annual meeting and author of The Global Refuge: Huguenots in an Age of Empire.

The Huguenots gave the word ‘refugee’ to the English language – they were French protestants escaping religious persecution, who fled from France to neighbouring states between the 16th and 18th centuries. Despite their early experience of violence and religious upheaval, they are widely celebrated for their contribution as migrants, famously as silk weavers and silversmiths, traders and teachers.

Joining Bridget Kendall to discuss the Huguenots and their global legacy are three experts: Owen Stanwood is Associate Professor of History at Boston College in the United States and is the author of ‘The Global Refuge: Huguenots in an Age of Empire’; Ruth Whelan is Professor of French at Maynooth University in Ireland, where she researches the religious and intellectual culture of French Protestants between 1680 and 1730; and Kathy Chater is a London-based historian and genealogist. She’s the author of ‘Tracing Your Huguenot Ancestors’. Image: Engraving depicting French Huguenot refugees as they landed in Dover 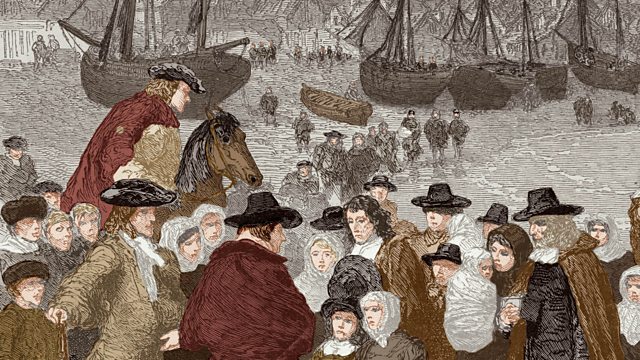 Click here to browse more BBC podcasts. Their site allows you to listen in your browser or download.